A good turnout for this month’s mat=h, and we were finished before it got too hot. Jim and Bill set up five st=ges, all ten rounds unless otherwise stated.

The tie breaker, Stage On=, started with the grenade pitch and six pistol rounds at a large 25yd. ta=get. From any unsupported position, sweep targets at 100, 200 and 300yds=C2and repeat.  Mandatory reload.

Prone supported on Stag= Two, with 75 seconds to alternate targets at 200 and 300yds., fifteen rou=ds maximum.

Six pistol rounds at a large 30yd targ=t to start Stage Five, and then another  ‘Shoot-til-you-hit, shoot-til-you-miss’ with targets at 150 and 200=ds. Standing position. 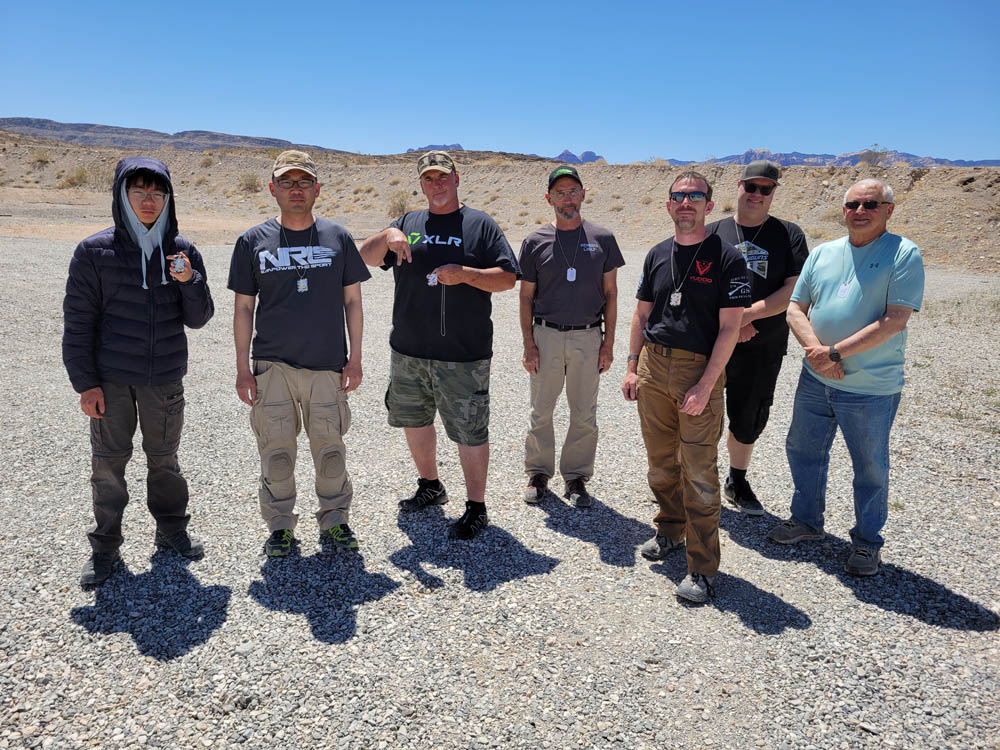 The May DSRPC NRL22 match was held on 5/14/2022. The weather turned out great. Congratulations to all the medal winners. The results are on Practiscore.

This was the eighth  match of our season and we really got lucky with the weather. They were calling for extremely high winds but it was just breezy until the very end of the match when it started to get windy.  This was a Subgun only match. We had a smaller than normal turnout and the match moved quickly. The shooter started with a Subgun and had to take out color coded steel targets in a specific order. Some movement was needed to clearly see all of the targets. The range was reset for the second run and we finished early as it was Mother’s day. Next month will be the last match of the season.  I will send out a notice prior to match day. Date will be 6/12/22 Setup at 0800 and Registration ends at 0845 with the match starting at 0900. See you then.