It’s starting to get hot !!!  Jim and Bill set up five stages, all ten rifle rounds. All stages were  ‘shoot-til-you-hit, shoot-til-you-miss’ unless otherwise stated.

The tie breaker, Stage One, started with the grenade pitch and six pistol rounds at a medium 25yd. target. Then from any unsupported position, engage targets at 200, 150 and 100yds, sweeping back to front and repeat.

Sitting unsupported on Stage Four, engaging targets at 150 and 200yds.

Stage Five started with six pistol rounds at a large 30yd. target. Then from standing position, engage targets at 150 and 200yds. 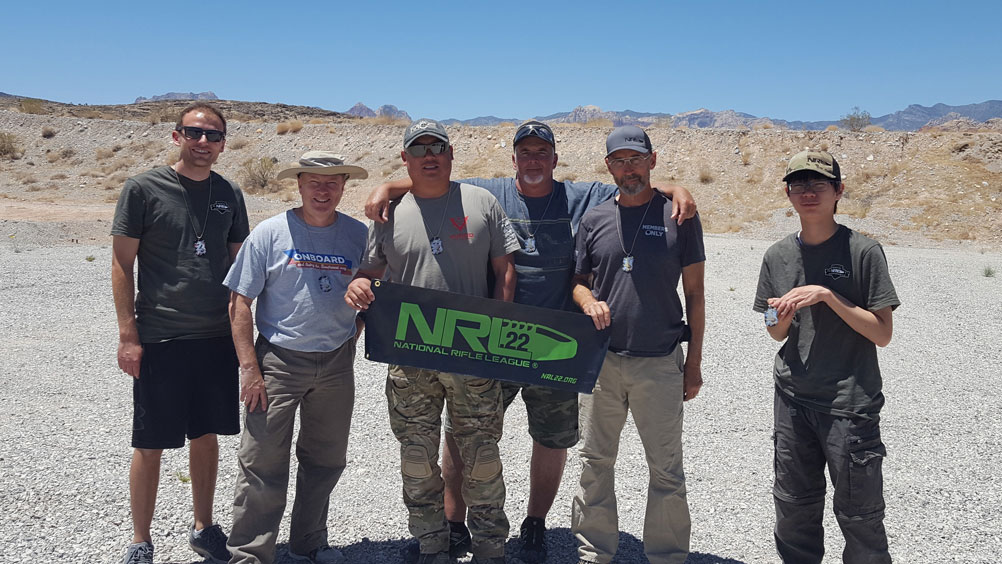 We had an interesting and hot day on the range today. Please remember that being civil and polite is always expected on the range. Don’t let tempers flare out of control even when it’s 110 degrees outside.

Order of results by class

We shoot the 2nd Sunday of the month at DSRPC

or at Practiscore at https://practiscore.com/clubs/las-vegas-idpa-at-dsrpc